A new counter-petition campaign is a conservative response to iconoclasm

The first time many people realised Black Lives Matter had hit Britain was when they heard rioters had illegally toppled a statue in Bristol. In early June as protesters celebrated, many watched their TV screens in bewilderment as Edward Coulston’s Bronze likeness was rolled along and dumped in the harbour.

But Robert Poll, a London property developer, wanted to do something about it and set up a campaign to resist the calls for destruction. He started the Save our Statues campaign and later NoChange.org which tracks petitions calling for statues to be removed and encourages people to sign counter petitions. Poll says people commemorated with statues should be judged on the standards and laws of their own time, rather than those of today.

He told The Critic:

There is a silent, decent majority of people who want to see our heritage preserved. I started the initial Save our Statues campaign but also began nochange.org to fight back against the calls to remove more than just statues.

The other side wants to control the narrative and pretend it’s not going on but now even war memorials are being listed for review, they really need to own what they’ve started.

The 39-year-old has also started laying flowers spelling the word “hero” on monuments all over the capital, including Winston Churchill’s statue in Parliament square, a statue commemorating Clive of India on Horse Guards road and Nelson’s Column in Trafalgar square.

Poll says his campaign highlights the low level of support for tearing down statues as the counter-petitions linked to by his site often have many more signatures. For example, the campaign to pull down a statue in Exeter, of General Sir Redvers Buller, VC has 71 signatures, whereas the petition to save it has 1279 signatures. 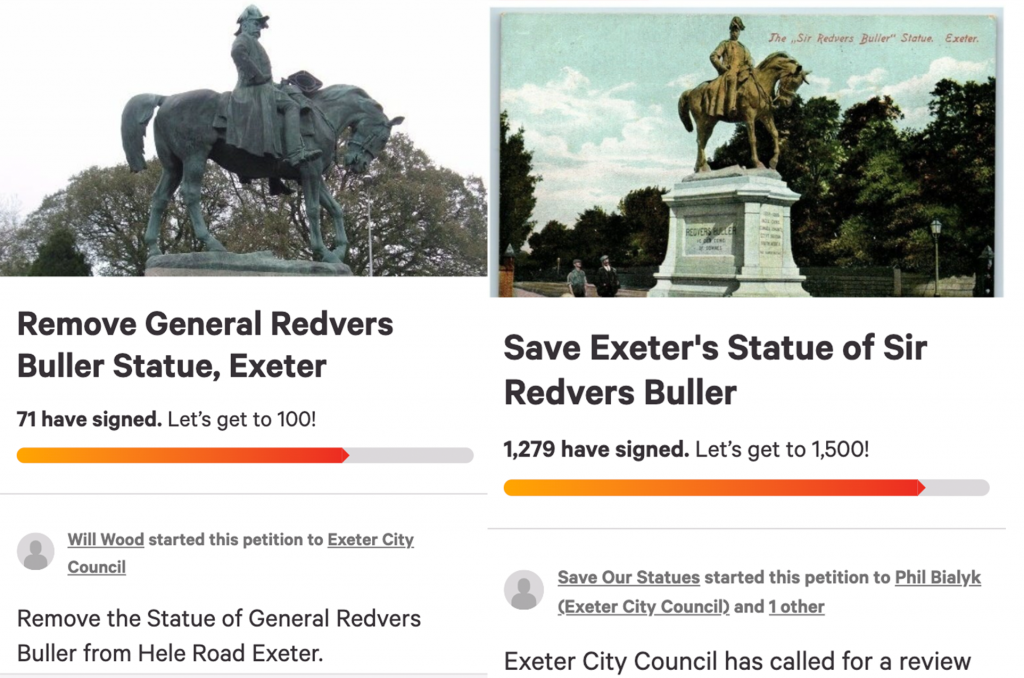 Peter Whittle who leads the ‘Brexit Alliance’ group in the London Assembly has joined the campaign and covered it in a broadcast for his New Culture Forum on Sunday.

Whittle told The Critic they are aiming to bring people together who feel upset about what they see happening and to advise them on how they can oppose the changes.

It remains to be seen how successful they will be. The wave of rioting and vandalisation of monuments across Britain has subsided for now, but hundreds of local Councils are ‘reviewing’ the monuments in their care with a view to tearing them down officially.

In the absence of any central pushback from the Tory government, Poll and Whittle hope to channel the anger of small c conservatives into targeted local campaigns, putting pressure directly on the people who are making up the rules locally. As Whittle says in the broadcast below, the council elections in May next year have suddenly taken on much greater significance. It remains to be seen what sort of grip Boris has on the people who lent him their vote last year, if he doesn’t pay much heed to their concerns.

Enjoying The Critic online? It's even better in print

What to read next

The Church of Woke